by Xehn
The company Megahouse revealed a new line some time ago called Desktop Army. It is a line of small figures with the exact same play-pattern as Busou Shinki: small robot girls, with modular armor and weapons.
The difference is, Desktop Army are trading figures: they're sold by the case on places like Amiami, with weapons and armor unassembled and unpainted, model kit style.

The first wave, Sylphy-series, was designed by Blade (yes, that Blade).

The third wave, most recently revealed at Summer Wonfes 2016, is the Millennia(?)-series, designed by Yanase Takayuki (noticing a trend here?)

by rubixbox
Guys, I think I'm hooked on a new mecha musume line. 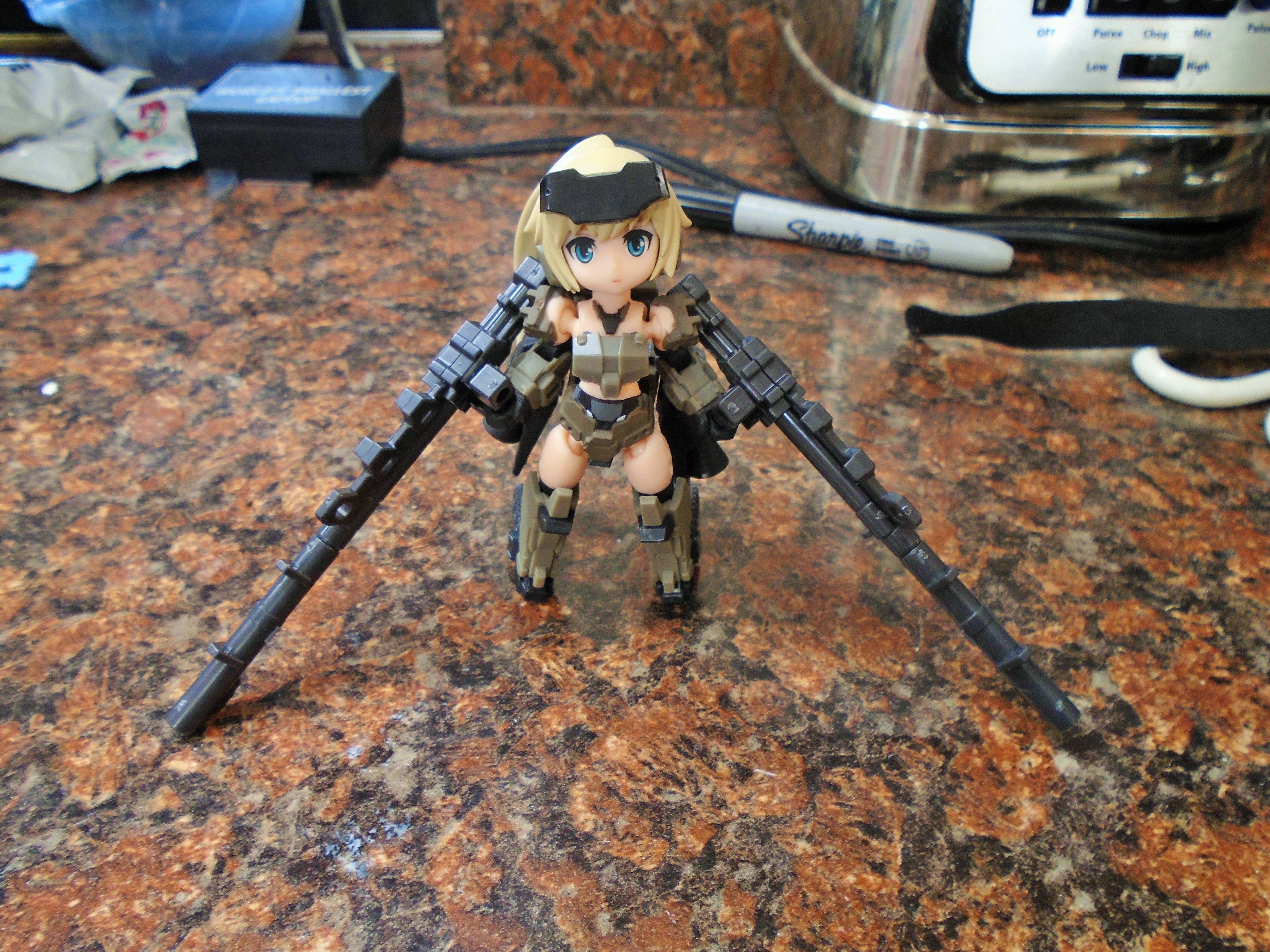 by Aurea Arleigh
Cool pics! I find these pretty cool for smaller travel companion but damnit wish they had an option for better feet (Innocentia line anyway)

I have one of the innocentia D.A. She's pretty cool for the size but re-bodying her soon. the armor/parts kit is pretty cute but not sure what to do with these leftover pieces.